I spent the last couple of years on my personal “perfect” smart home setup, or at least on my journey to get ever closer to that. Of course over time technology and the smart home market are changing, but these are some general lessons I learned – and that you can profit from if you are planning something similar.

1. Today we celebrate our independence day!

My first lesson, and the one most important to me, is to build your smart home setup in a way that makes it as robust and independent from resources outside of your personal control as possible.

First and foremost this is about a system where core functionality is relying on an internet connection and external servers. You certainly do not want to freeze because someone attacks your control software, do you? Or have your smart lightbulbs suddenly become quite dumb because some company is running out of money?

My solution here is to use a system that can provide all core functionality without any Internet connection at all and is as much under my control as possible. Preferably open source systems, like OpenHAB in my case, but anything that works locally is already way better than pure cloud for such a vital task. Of course this does not mean that some Internet connected devices or services can not be used in the smart home setup. It just means that the system is not totally breaking down without it.

Another part of this independence is resilience to updates and configuration changes. Both of them at some point in time broke my otherwise smoothly working setup, causing me to spend quite some time restoring them (while cursing myself for ignoring the old “never change a running system”). After doing this a couple of times I decided to implement a system that allows for backups of all configuration. In case of openHAB I solved this by using a readily available base image (openHABian) in combination with a git repository which holds all my openHAB configuration files and saves all changes in distinct versions. That way if something goes wrong, either on software or hardware side, I can just get a new Rasperry Pi, install openHABian and download a working version of my settings. The only thing I might loose here is some historical data.

2. One ring to rule them all

Having all things in your home controlled by software is nice and well but I learned that the thrill of actually using it gets old very quickly. After the initial amazement of being able to control lights from your smarthone (kind of like a modern wizard!) it starts getting annoying pretty quickly. To avoid that, think about the best ways to make regular tasks in your home happen. In my experience that means combining different ways of controlling your devices:

The right combination of these can make it much easier and more natural to use your setup. I started by controlling everything via my phone and Alexa but quickly discovered that in certain cases it is just way easier to put some zigbee switches in most rooms to quickly turn lights on and off.

Also work with routines and device groups whenever you notice that you are doing the same thing over and over again. No need to switch off every single lamp in a room one by one, after all this is supposed to be a smart home…

3. The lights are automated. Nothing to worry about.

This is the logical next step when you have set up your devices and all their different control mechanisms: let the smart home control itself. Even with a nice setup you will need to switch the same lights on and off all the time… just like in every standard home. But who wants to build a smart home just to keep doing the same thing?

The single most important thing I did in my smart home setup is to add motion sensors in all rooms that automatically switch my lights on and off. It is like magic: you just move around and the light follows. I got so used to this that I sometimes forget the light switches if I am somewhere else. Of course this might need some work and I had to add a lot of additional rules to make it work smoothly (for example I don’t want the lights to turn on while watching a movie just because I moved a little bit).

In the end this is what makes a smart home awesome though. I also assume this is where smart home technology might improve most in the future with machine learning getting better every day and devices collecting more data about us all the time. Again the key here is to do this locally though…

There is an endless flood of new “smart” devices being released all the time. As someone who is very interested in technology I have tried out a bunch of devices and read about a lot more. What stood out to me is that (maybe after the initial fun of trying out something new) most devices are actually not very useful. At least not useful enough that I would actually use them. Instead it it turns out to be a better idea to find areas where the smart home can really add value to your daily life and automate as much as possible there.

Here are some examples of the more useful devices

I will definitely write something more detailed about these topics in the near future, so stay tuned!

Other devices turned out to not be as useful as expected

5. The Jedi are selfless. They only care about others

This is something that is easy to overlook in the rush of building your awesome smart home: you most likely will not be the only one using it. At least the basic functionality should be available for guests, roommates and family too. This is once again where automation comes in really handy. Automation just works for anyone … well automatically. Nevertheless I also had to regularly update some aspects of the automation to make it usable for everyone. For example lights should maybe not all turn on if one person moves around while another one is sleeping.

Having different ways to control everything is the other good way to make your smart home accessible to other users. Afterall a good old switch for your lights is still a simple thing to explain, even if it actually works by sending zigbee messages to a controller. Voice control is also very intuitive if you take care to setup devices with easy to learn names and usable defaults (like linking the Echos to the lights of the room they are in).

Seeing someone else use everything in your smart home is a nice benchmark for how convenient your setup actually is. If they are unable to figure out some of its features it might be a good idea to take another look at them: maybe it can be done in a simpler way?

6. Balance in all things

Most people I saw starting to build their own smart home seem to do it mostly in two different ways: Either they go “all in” and buy a lot of hardware right from the get go or they are really unsure about this whole endeavor and start by just buying one single smart lightbulb.

Of course this might be over exaggerated but both are quite tempting for beginners and both are far from the best approach in my opinion. I also have to mention a third completely different way here, the one I started with – which also turned out to be less than perfect. Start by building everything yourself. Based on the nice MySensors framework I build motion sensors and LED controllers myself.

All these approaches do not lead to a nice setup without considerable work, time and money investments though. Buying just one device does not allow for any automation and will most of the times lead to people being bored after a short time. Buying everything without proper testing leads to lots of money spent potentially without actually using most of it. Building everything yourself takes a considerable amount of time and, in my experience, does not always lead to a stable setup.

My advice for future owners of a smart home is to mix all 3 approaches: if you are tech-savvy enough then try out some open source smart home controllers like openHAB/Home Assistant/Node Red/FHEM/Domoticz and use the one you like most as a solid base for your independant smart home setup. Depending on what is supported by this controller software pick some cheap but reliable hardware base connectors. That can be anything from a Wifi rounter (a separate network for your IoT devices would be the best solution), a zigbee USB stick like the cc2531, the IKEA Tradfri gateway to something like the Hue bridge. Then pick a set of sensors and actors from one aspect of a smart home (I can recommend starting with lights) that are just good enough for what you actually need (see 4. above) and test them for a while. Once you are sure they are a good fit buy enough of them (e.g. at least one light per room) to actually consistently use them and move on to the next aspect. Also always come back to older parts of your setup and tune them whenever needed (see 3. and 5. above).

Bonus lesson – The journey itself is the destination

One last bit of advice: everyone who has ever build a more complex system in a changing environment knows it: you will never achieve perfection. There is always a better solution to some problem, a cleaner way to structure something or a new device you can try out. But that is the fun part of building something!

If you liked this post subscribe to this blog and stay tuned. I will keep writing about my smart home setup and other interesting pieces I made for my home.

We should always be adding new functionality while not removing any. For example smart lights should still be controllable by using light switches (while also allowing control in other ways). This is sometimes very hard to do in reality if you for various reasons are not able to change anything directly connected to high voltage.

I worked around this by combining some elements from my other lessons. The most important one being automation. Lights are pretty much automated in my apartment, you should rarely have to use any switches at all. For those places where they are still needed I added wireless Zigbee switches for direct control.

Having smart bulbs with conventional light switches remains a problem for smart homes though. Visitors often turn off the lights out of habit, which kills the automation. Be aware of these challenges when you build your smart home! 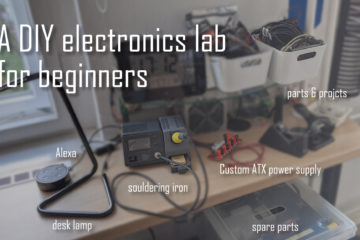 A DIY electronics lab for beginners – cheap but powerful

If you are into smart home technology or just generally like to build things yourself you won’t get around collecting a couple of lab devices. But devices like a lab bench power supply can be Read more… 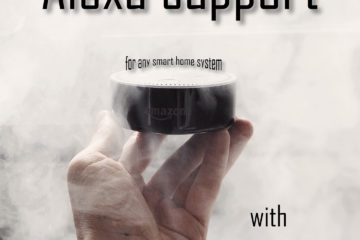 I have already written about how you can add Alexa support for OpenHab. If for some reason this is not possible (I had problems with this setup in a Docker container) or you are using Read more… 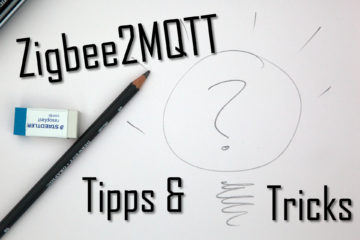 Zigbee2MQTT is an awesome software to add support for all kinds of devices to your smart home controller. Setting up Zigbee2MQTT is pretty easy as I described in my earlier post but there are still Read more…